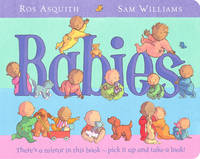 Babies will enjoy looking at pictures of lots of different babies in a variety of situations, and will especially love looking at themselves in the mirror at the end!

This beautifully illustrated and humorous book, with simple, rhyming text, is perfect for sharing with your baby. And in this handy-sized format, even the tiniest children can join in! 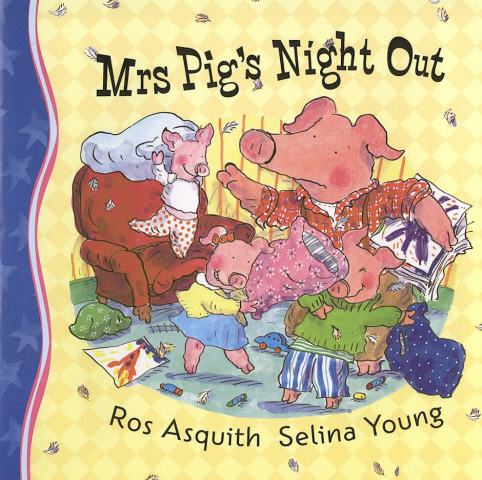 Mrs Pig is going out. And the three little pigs don’t want her to go! But they’re not being left with a strange pigsitter – only Mr Pig – who promises to get them into bed nice and early.
Will he manage it before Mrs Pig comes home? 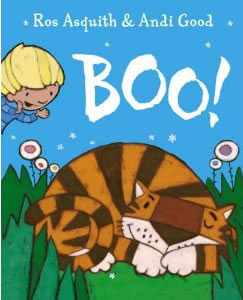 A boisterous rhyming story about a little boy overcoming shyness.

A timid boy doesn’t want to play with the other children at a birthday party. Eager to prove to that he’s not really shy, he hunts round the garden for a goose to say Boo to … Instead he finds a
monster and creeps up behind it, shouting, ‘BOO!’ – but it’s not a real monster, it’s just a clockwork toy. Next he sees a tiger. But the tiger isn’t scared of him either – it’s really a cat. Gradually the boy builds up enough confidence to jump out on the other children… 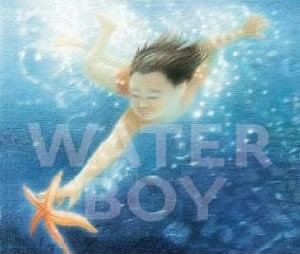 Ros Asquith’s deceptively simple text shows us the world through the eyes of a young boy on his various adventures.

One moment he’s a ‘water boy’ at the seaside, the next he’s a ‘farm boy’ playing with the animals.

Ian Andrew’s beautiful illustrations perfectly capture the moments of play and exploration we share with the child in this evocative tale of long summer days and adventure.

A wonderfully rhythmic text with vibrant, bright illustrations that will captivate small children over and over again.

Join Baby’s big brother as he searches the farmyard for the lost shoe. As he looks high and low, the search party grows with the cock and the duck, and the cow and the horse and the dog and the sheep and the pig all joining in.

‘Has a good, solid rhyming structure.’
Independent on Sunday 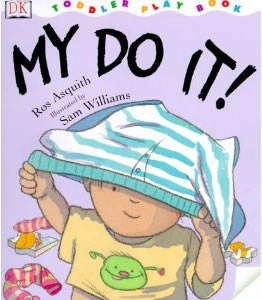 This lift-the-flap book with rhyming text and a warm-hearted ending features a toddler who insists on doing everything his way, whether it is getting dressed, doing a jigsaw puzzle or getting ready
for bedtime.

Hector and the Cello

Hector the Hippo wants to play the cello more than anything else in the world. But who in the jungle will teach him? Most of the other animals laugh at the idea. Finally Hector meets a musician who can help him, a lyrebird. He practices everyday until he has a chance to play at a grand concert in front of all the other animals.