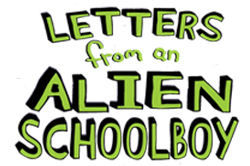 ‘Packed with some hilarious illustrations and the story itself is a real page-turner.’
Lovereading

‘Very funny… very good fun to read and the illustrations are fantastic.’
The Guardian

‘This funny tale, underscored with some cracking cartoons is a great laugh.‘
Carousel

‘Hilarious story that will have kids laughing out loud… fantastically funny illustrations.’
Parents In Touch

Letters from an Alien Schoolboy

Flowkwee is helping his dad study Earthlings by disguising himself as a schoolboy. But he’s not prepared for how disgusting they are, or how stupid. He discovers the fool-proof way to catch young Earthlings is to tell them to follow a sign saying ‘Free ice cream!’ But can he keep his true identity secret? And can he save Earth from disaster?

The first in a hilarious new series for young readers, illustrated throughout with wacky pictures! 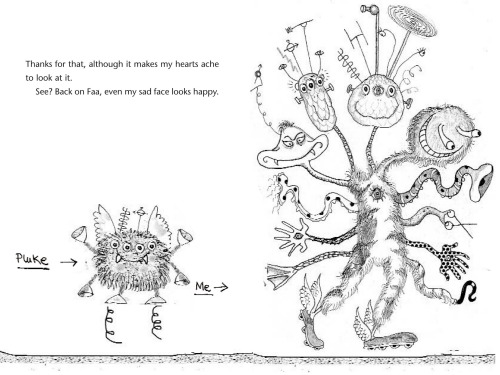 ‘Infectiously funny, and more importantly relevant . . . genuine deeper undertones on diversity – bio-diversity – equality – acceptance – historical meaning – lessons learned – and the danger of not learning them. It is like reading a child’s version of Douglas Adams’ Hitchhikers Guide To The Galaxy.’
Write Away

Here is a horrifyingly hilarious tale of alien attacks, daring deeds,
great big enormous wobbly BADDIES and
teeny weeny wibbly BADDIES.
Will Flowkwee prove that four heads are better than one –
and save Earth?
Will all the miserable whining Earthlings and the fluffy clouds
and chocolate and cheerful worms and cardboard be destroyed?
If you are the kind of lazy good for nothing duffer of an Earthling
who just browses on to another webpage then you’ll never ever
ever ever ever know. 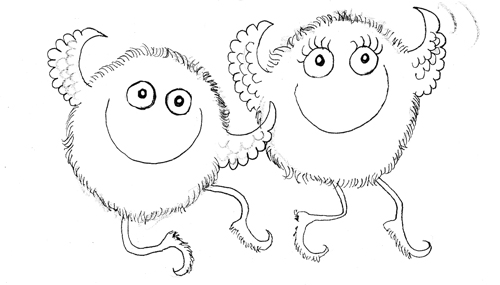 ‘There’s something funny and clever on every page and it’s every bit as witty and entertaining as the first book. It’s entertaining on lots of different levels: buried within the sheer daft exuberance of the plot are astute observations on human life in all its irrationality. *****’
Books for Keeps

‘Ros Asquith has endlessly inventive ways with words and
pictures to tickle and touch children’s imagination. Out of this world!’
Bestselling author Ian Whybrow

Keith, King of Threggs, spinach finder general and lord of the loonyverse, is ready to attack Earth with some very nasty baddies and an evil Thing called Mandy.

Can Flowkwee, in his schoolboy disguise, save Earth for a third time?

If you don’t care, throw this book away. And never learn the significance of the Galactic Poodle. 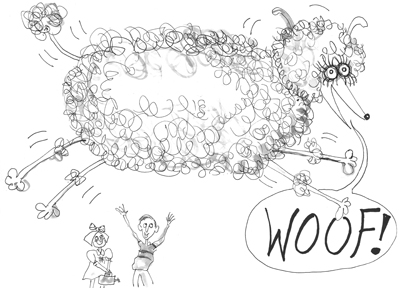 A truly terrifying look at one of the most ridiculous places in the Universe.

Alien Faathing Flowkwee, visiting Earth in schoolboy disguise,
has put together this A-Z guide to help other bamboozled aliens
get to grippers with the primitive planet and its hideous inhabitants. 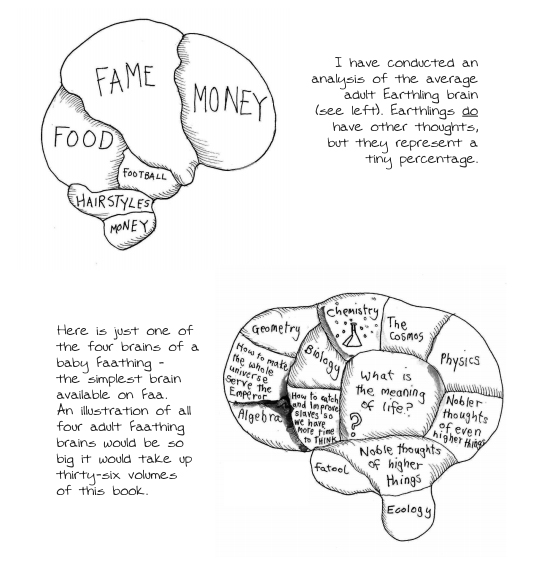